BANDUNG, itb.ac.id – An interest in the world of agriculture encouraged a group of ITB students to create an application called Dr. Tania is able to analyze various kinds of plant diseases. Through this application, farmers can easily identify plant diseases at the same time by handling them.

Dr. Tania is a product of PT. Neura Cipta Nusantara (Neurafarm), which is one of the tenants at the Institute for Innovation and Entrepreneurship Development (LPIK) ITB. The company is engaged in precision agriculture. Neurafarm was founded in August 2017 with a great mission, namely “to modernize the agriculture industry by increasing productivity and efficiency through technology” against the vision of “to end world hunger, improve farmer welfare, and make the world a better place.” 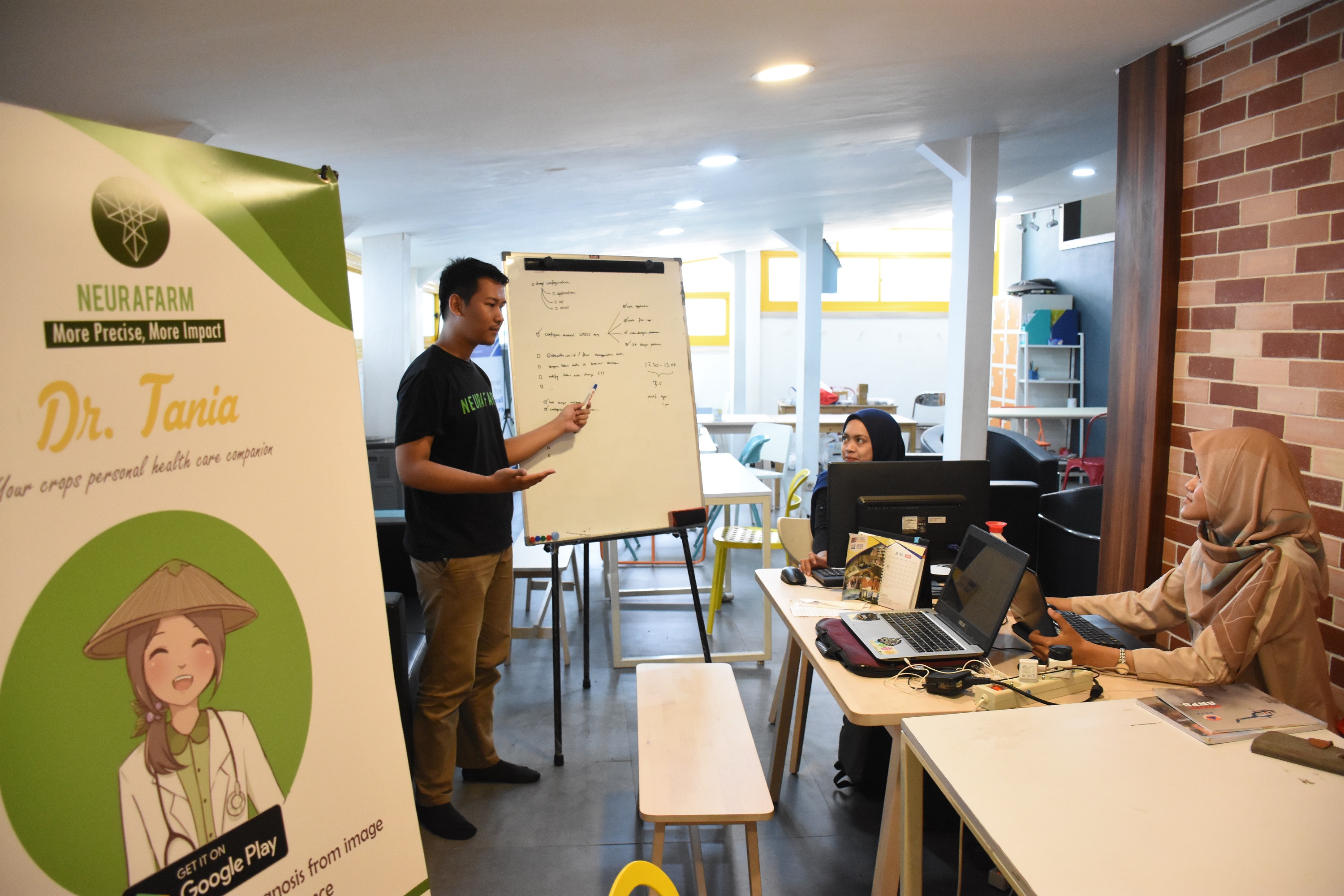 In 2050 it is estimated that the human population will grow by 2 billion people, but on the other hand agricultural land will decline and fewer people will become farmers. Under these conditions, the world must produce more food to meet its high population while having few resources.

“According to the FAO, every year 3000 trillion rupiah is lost due to plant diseases around the world. Therefore, food security has become an important issue today. Why does it disappear, first the farmer does not know how to handle plant diseases properly, and secondly does not know what products are right and good for handling them, “said Febi who is also the CO-Founder of Neurafarm, explaining the background of establishing the startup.

The way to use it is very easy. The user only needs to photograph the diseased part of the plant (leaf), then send it to Dr. Tania, and within seconds Dr. Tania will provide a complete diagnosis including symptoms, how to treat it, and also access to products that can be used to treat related diseases.

“Users can also learn more about plant diseases and how to plant well by utilizing the information provided in the catalog on Dr. Tania, “he added. In the application there is also a direct question expert menu.

Neurafarm has received several awards for Dr. Among them, Tania was the Champion 3 Business Plan Competition at the 7th Studentpreneur organized by FEB University of Indonesia in early 2018, Gold Prize at the 2018 World Invention and Technology Expo (WINTEX) organized by ITB and INNOPA, 1st Champion Swiss Innovation Challenge Asia-Indonesia 2018 , and Champion 2 Startup Istanbul Challenge 2018 in Istanbul, Turkey after being chosen from 93,200 startups from all over the world.

In addition, Dr. Tania has several times been an innovation product that is competed to represent Indonesia in various international events including the Microsoft Imagine Cup Asia Pacific 2018 Finals in Kuala Lumpur, Malaysia, the Swiss Innovation Challenge 2018 in Basel, Switzerland, and at the 2018 Asian Entrepreneurs Awards in Japan.

The application is currently only able to analyze 14 plant commodities with 33 diseases. In the future he also plans to increase the amount of plant commodities and diseases. It also wants to try to accommodate the sales of farmers. Because many farmers he met complained about falling prices. “We will try to distribute directly from farmers to buyers directly, but we need to look at marketing first,” he added.